In this week’s Torah portion there are many emotional highs and lows. The parsha picks up the Yosef story at a cliff –hanger. Yosef had just accused Benyamin of committing a terrible crime and the brothers are now grappling with how exactly they should react to such an intense accusation with awful ramifications. The immediate response comes from Yehuda, as it says in Breishit 44:18

Yehuda then continues to retell the sequence of events that had transpired leading them to this moment. The words “אליו ויגש” are classically understood to mean that Yehuda steps toward Yosef and confronts him.  Menachem Mendel of Kotzk (the Kotzker Rebbe) presents an alternate understanding to these words. He points out that the word אליו is superfluous. The Kotzker then explains-

We can see from the word אליו that Yehuda was not confronting Yosef rather he was confronting himself. The Kotzker continues to explain that there comes a point in all of our lives that confronting our self in honesty and humility is needed for healing and for personal direction. The Kotzker remains consistent with a commitment to truth in his perush earlier on in the story.  A few chapters earlier an איש approaches Yosef on his way to meeting to the brothers before the initial sin of selling him. Yosef and this mysterious man exchange a few words. The איש asks Yosef “Ma ata bevakesh?”  The man wants to know what Yosef is seeking and what he wants for himself in the existential sense.  This interaction says the Kotzker,  is not a conversation between Yosef and someone else rather a dialogue within himself; Yosef is seeking to understand his truth. Yehuda approaches Yosef in this way of honestly, an act of confronting what he had done and taking ownership over those mistakes and the reality that he created. Yehuda simultaneously is confronting what his personal goals are in that moment and is choosing to act thoughtfully with self-understanding. When considering this idea, the pasuk in Mishle comes to mind which reads-  מַצְרֵף לַכֶּסֶף, וְכוּר לַזָּהָב;

The words וְאִישׁ, לְפִי מַהֲלָלוֹ advise that one can understand another person based on his or her praise. The pshat of this pasuk leads us to think that we can understand another person based on how they are spoken about. Rabenu Yonah (then elaborated on by Horav Yitzchak Hutner) provides a deep understanding of this pasuk in Mishle. He says one can judge another person based on what they praise but this means that the understanding is based on what they choose to praise. After those moments of confrontation, when they emerge from that honestly – what do they choose to praise? What do they yearn for after doing cheshbon hanefesh or soul searching? This idea lead to me to think about how to access this honesty and confrontation.  How can we have these “Yehuda moments” where we approach ourselves with care but in authenticity? As I considered this question during the week – I attended my Positive Psychology class in University. During this class we spoke about implementing change and what psychology has proven to be a successful method of converting deep belief and yearning into habits and actions. Interestingly enough one suggestion that was presented was the idea of meditation and being alone with one’s self. It is through this alone time that we can be intentional and mindful in a way that helps us merge our deep desires with our actions. This ultimately creates a positive and fulfilling reality. When seeking truth we need to quiet the noise of everyday life. It is often explained that neviim did not simply receive nevuah rather they had to train themselves to hear it. Part of the skill was quieting the noise enough to receive truth and speak with God. May the holy quiet of Shabbat continue to help us on the quest of confronting ourselves! Shabbat shalom! 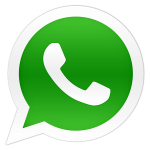